You are here: Home / Investing / The Warren Buffett Portfolio Any Investor Can Copy

Warren Buffett is best known as the CEO of Berkshire Hathaway and arguably the most successful investor of all time. What fewer people know is that he recommended a very simple portfolio that any investor can use. In fact, it requires just two mutual funds or ETFs. That’s it. We’ll look at this Warren Buffett Portfolio and how you can implement it in your 401k, IRA or taxable investment account.

Every year Mr. Buffett writes a letter to the shareholders of Berkshire Hathaway (full disclosure, I own shares of Berkshire). His letters are a goldmine of investing wisdom. For our purposes, it’s what he said in the 2013 letter that’s so important.

He first noted how he and his business partner, Charlie Munger, have made a career out of analyzing businesses. Most investors, however, don’t have this experience. As he said in the letter, most “investors, of course, have not made the study of business prospects a priority in their lives. If wise, they will conclude that they do not know enough about specific businesses to predict their future earning power.”

Not to worry. As Buffett noted, “I’ve got good news, the non professionals, the typical investor, don’t need this skill.” He explained:

“In aggregate, American business has done wonderfully over time and will continue to do so (though, most assuredly, in unpredictable fits and starts). In the 20th Century, the Dow Jones Industrials index advanced from 66 to 11,497, paying a rising stream of dividends to boot. The 21st Century will witness further gains, almost certain to be substantial. The goal of the non-professional should not be to pick winners – neither he nor his “helpers” can do that – but should rather be to own a cross-section of businesses that in aggregate are bound to do well. A low-cost S&P 500 index fund will achieve this goal.”

That gives as a glimpse into the Buffett Portfolio. Let’s now take a deeper look at what he recommends.

The Warren Buffett Portfolio consists of just two investments. The first is an index fund that tracks the S&P 500. Buffett recommends putting 90% in an S&P 500 index fund. He specifically identifies Vanguard’s S&P 500 index fund. Vanguard offers both a mutual fund (VFIAX) and ETF (VOO) version of this fund.

He recommends the other 10% of the portfolio go to a low cost index fund that invests in U.S. short term government bonds. Vanguard here too offers a mutual fund (VSBSX) and ETF (VGSH) version.

Although Buffett is famous for picking stocks, he has put this simple 2-fund portfolio to use. He has advised the trustees who will manage his wife’s investments after his death to use this portfolio.

Warren believes the “trust’s long-term results from this policy will be superior to those attained by most investors – whether pension funds, institutions or individuals – who employ high-fee managers.” (Source: 2013 Berkshire Hathaway Letter to Shareholders, p. 20).

What About International Stocks?

One glaring absence from the portfolio is an international stock fund. In fact, the lack of direct international exposure is what distinguishes Warren Buffet’s portfolio from the Bogleheads’ 3-Fund Portfolio. Buffett doesn’t explain this aspect of the portfolio, but there are at least three plausible explanations.

First, while the S&P 500 index includes companies headquartered in the U.S., they do business across the world. Buy one measure, foreign sales among the 500 largest companies accounted for about 29% of their $12 trillion in total sales according to a recent report. As such, the S&P 500 has significant exposure to international markets.

Second, the regulatory and political framework in the U.S. is conducive to business investment. While far from perfect, regulations in the U.S. hold public companies to a higher standard of disclosure and internal controls.

Third, international funds have underperformed U.S. companies over the past four decades. There have been 10-year periods where international stocks have outperformed (2000 to 2009, for example). On the whole, however, they’ve served to hold back the performance of a portfolio, as we’ll see in more detail next.

The performance of the Buffett Portfolio tracks closely the S&P 500. That’s not surprising given that it has a 90% allocation to the index. Still, it’s worth understanding how it has performed, particularly compared to other portfolios.

First, here’s a chart from Stock Rover comparing the performance of the Warren Buffett Portfolio to the 3-Fund Portfolio. Both use a 90/10 stock to bond allocation. The 3-Fund Portfolio has a 50% weighting to U.S. total stock market and 40% to international equities.

It’s not surprising that Buffet’s portfolio has outperformed over the past 13+ years. U.S. stocks have outperformed international stocks.

Let’s now compare these to portfolios going back to 1987. To do that, we’ll use Portfolio Visualizer. I assumed a $10,000 initial investment and $500 monthly contributions, adjusted for inflation. Here are the results:

Portfolio #2, which is the Buffett Portfolio, significantly outperformed the 3-fund portfolio. The difference in the CAGR (compound annual growth rate) may not seem significant (17.43% vs 16.23%), but over time its impact is huge. What’s amazing to me is that the standard deviation, a measure of volatility, is actually a bit lower in the Buffett portfolio, and the worst performing year actually hit the 3-fund portfolio harder.

In other words, the Warren Buffett Portfolio returned better results with less risk. Maybe the Oracle of Omaha knows something about investing after all.

The Warren Buffett Portfolio in Retirement

One important question is whether Buffett’s portfolio is suitable for retirees. In all my research, I’ve never found an investment advisor who recommends a 90/10 portfolio once you enter retirement. And for me, such a portfolio is just too aggressive.

Nevertheless, there is research analyzing this very question. Professor Javier Estrada published a paper entitled, Buffett’s Asset Allocation Advice: Take it . . . with a Twist. He examined Buffett’s asset allocation from the perspective of a retiree. Specifically, he looked at different asset allocations using Warren Buffett’s two funds, the S&P 500 and the short term government bonds.

He looked at portfolios ranging from 100% stocks all the way down to 30% stocks, with the rest in bonds. In total he evaluated 86 different retirement scenarios over rolling periods beginning in 1900. What he found was that out of those 86 retirement scenarios, three and a half percent failed. And by failure he meant that the retiree ran out of money before 30 years.

In his analysis, the only asset allocation that had no failure rate was the 60/40 portfolio. But all the allocations he examined did reasonably well, except when you got really low on equities, and then the failure rate jumps.

He further examined two “twists”, or modifications, one could make to Buffett’s portfolio. Basically, the twists determine whether a retiree withdrawals from the stock or bond portion of the portfolio. Generally, when stocks are up you withdraw from the stock fund, when they are down you pull from the bond fund.

“Buffett’s asset allocation advice is sound and simple, and yet many retirees may balk at the thought of holding such an aggressive portfolio. If that is the case, the two twists considered here may help a little, but probably not enough. However, those retirees who find a 90/10 portfolio acceptable are likely to find that, with the unsubstantial additional effort of observing the performance of stocks and implementing the first twist discussed, they may improve the performance of their portfolios.”

I’ve implemented the Buffett Portfolio in M1 Finance, and you can check it out here. 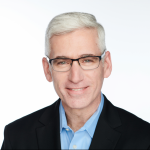